TikTok overtakes Google as the most popular domain globally, based on annual rankings from Cloudflare.

Google is no longer the world’s most popular domain after being dethroned by TikTok, according to rankings from web security company Cloudflare.

The list of most popular domains is part of Cloudflare’s Year in Review report and represents domains that gained the most traffic from one year to another.

Google.com — which includes also includes Maps, Translate, and News among others — ended the previous year as the leader in Cloudflare’s rankings.

At that time, TikTok was ranking in the 7th position.

TikTok.com is now ending 2021 with a leap toward top spot ahead of Google, Facebook, Amazon, and other world leading domains.

Cloudflare describes TikTok’s journey toward becoming the most popular domain throughout the year 2021:

“It was on February 17, 2021, that TikTok got the top spot for a day. Back in March, TikTok got a few more days and also in May, but it was after August 10, 2021, that TikTok took the lead on most days. There were some days when Google was #1, but October and November were mostly TikTok’s days, including on Thanksgiving (November 25) and Black Friday (November 26).”

Also included in Cloudflare’s report are lists of the most popular social media domains, most popular e-commerce platforms, and most popular video streaming sites.

To no surprise, Amazon ended the year as the most popular e-commerce domain, followed by Taobao, Ebay, and Walmart.

The list of most popular video streaming sites was dominated by giants such as Netflix, YouTube, and HBOMax. Interestingly, Twitch didn’t manage to crack the top 10.

Putting These Rankings In Perspective

Does this mean TikTok is now the biggest social media site?

No, it still has a long way to go before reaching those heights.

What this means is TikTok.com received more traffic than any other domain, according to Cloudflare.

In other words, TikTok is the third largest social media platform worldwide.

Further, Insider Intelligence estimates TikTok will see a 15.1% growth in global users in 2022.

Should that estimate hold true, TikTok will hold a 20% share of overall social media users by the end of next year.

If TikTok isn’t part of your social media marketing strategy for 2022, these numbers are a good case for making it a priority. 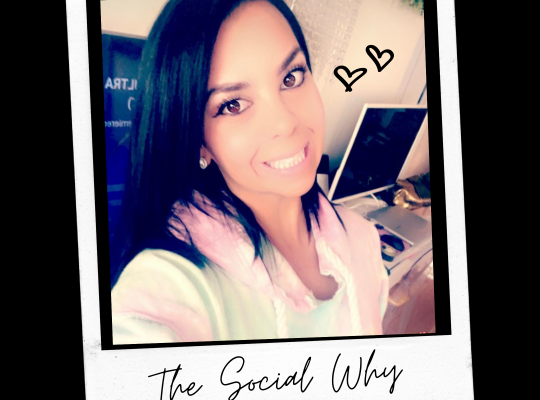